Reentry is incarcerated people who enter state prisons being released. If I was incarcerated for ten years but been going through parole I feel like the biggest obstacle I would face for successful reentry is the Ability to work and finding housing to provide for myself. I feel like this would of been the most challenging because of one discrimination, and two it being harder for parolees to recieve a job right after they've been released from prison due to the lack of skills and education. Trying to find a way to provide myself I know it would of been easier finding a profession that dealt with food service, manual labor, and a low earning pay job but someone like me I wouldn't have wanted to do any of those professions. Being released from prison, you officially have a criminal record and me being a young African American with a record can automatically slow down the hiring process because no organization would choose someone whos been convicted of a crime for their establishment compared to a caucasion whos never been convicted a crime before so that's a way discrimination could play a part trying to find a job. What would definitely make reentry successful for obtaining a job is by building connections or employment resources in the form of education and training while being incarcerated. Personally, I feel like I would have to plan ahead and also communicate with my parole officer but also people in the employment facilities. Housing on the other hand, I do not have a job due to discrimination of a criminal record to pay for rent or any of the above, so therefore finding a secure and affordable housing plan would of been harder to do especially because society now would look at me like i'm incapable for housing. What would help in this situation if my parol officer provided affordable housing options and policies were its more lenient to help support my transition back into the community.

Posted by Mylifeasginaa at 6:12 AM No comments:

In 1971, David Keaton out of five men was convicted of murdering a sheriff's deputy who was off-duty at a Florida convenience store. He was one of the members of the Quincy Five. Keaton was the first prisoner exonerated from death row, after being interrogated and beaten by police officers at the age of 18 for three days. At the time, investigators pressured a false confession from the man and were given an inaccurate eyewitness testimony. During 1973, 2 years later, an investigation was made where the actual offender was discovered because of fingerprints found and the ballistic team was able to seek evidence connecting the men who really did the crime so they were convicted after. After, Keaton's post-release he joined the Witness To Innocence participating in activities that go against the death penaltyso nobod else experiences what he went through. Witness to Innocence is an organization for exonerees who did experience the death row and wants to share their experiences to the world about the death penalty and how it may have effected them in their life. Dying at the age of 63, on July 3rd, Keaton was known as a poet, singer and support for those who needed a handof motivation to keep going.

Posted by Mylifeasginaa at 6:43 AM No comments:

Personally listening to Ear Hustle, the intended audience that was directed were people who never encountered the Criminal Justice System. In the podcast, audiences receive the daily realities of life inside prison directly from actual inmates in San Quentin, California who are affected by mass incarceration. The message the podcast is trying to portray is what it's like to spend your entire life in prison and cancel all the stereotypes that are depicted through social media-based shows, for example, Orange is The New Black. One of my favorite podcasts was the "Snack Money" one where inmates run the place beside the staff working earning jobs to support their income while in prison. I thought some of the official jobs, for example, one of the inmates who work in the library enjoyed educating people which was something surprising to me only because I am big on prisoners deserving to get education or programs to motivate them in some form to at least keep going. My least favorite was the one where they spoke about Security Housing Unit (SHU) considered "The hole, the box, or even solitary confinement. I wouldn't want to experience not seeing the outside world, with no human interaction just isolated knowing that my mind is not built for that kind of pressure. Hearing, that being in that type of condition can scar one's mindset especially if they are not prepared for it like one inmate. An episode where the ones who were incarcerated finish off their sentences, get out of prison and film their lifestyle out of prison speaking about if it was hard for them to bounce back to real life and if they ever feel like they would end up back in prison, how did they feel coming out of prison and what were there emotions after realizing they had to leave built relationships/friendships with other inmates. Lastly, I would 100% recommend Ear Hustle to others because I enjoyed expanding my knowledge of knowing how real inmates lived their lives in prison especially because I am someone who is not able to relate to the outside of prison. Also, giving inmates a voice to tell a story they are living will broaden other mindsets of how one may struggle to survive in that particular lifestyle while others could be doing well-making profits of other inmates in prison.

Posted by Mylifeasginaa at 6:05 AM No comments:

Covid-19 and the Justice System

This pandemic has taken a toll not only in the real world but the justice system, and the rate of incarcerated people. The reporting of covid-19 affecting state and federal prisons was very high where many inmates reported to be infected and effectively dying from the virus. According to the UCLA Law COVID-19 Behind Bars Project, more than 412,000 people incarcerated in prisons have had confirmed cases of COVID-19 and over 2,700 people have died from COVID-19 behind bars. Being crowded with preexisting health issues behind bars with no kind of sanitation privilege plays a part to why the status of COVID-19 in facilities was such a vulnerable outbreak towards incarcerated people then the general population. The main things negatively affecting these inmates is that their accommodations are extremely limited. Since prisons are packed there is less social distancing, uneffective isolation/quarantine, and decreased health aide. Inmates are not the only people suffering from poor accommodations much of the prison staff has been underaccommadated as well especially due to slow vaccine uptake early in the pandemic. Beaurea of Prisons recently reported not only were less than half of the inmates vaccinated by May 21' but less than half of the staff had even received a 1st dose by April 21'. Based on these things alone many thought the most important thing would be to reduced inmates locked up by increasing early release status and reducing admissions. Some states have tried to take the initiative to help in the continued reduction of inmates. They have updated policies for parolees meeting with their officers during this time by being more "zoom friendly" and having more meetings via phone. This method has caused less scrutiny to parolees and allowed for a certain level of leniency during the pandemic so that less are likely to return due to rule violation. Some experts say that Nationwide was also a great contributor to the cause. Nationwide has largely stopped new prisoners from being thrown into local jails, P.O's from sending fewer people back due to rule violation, and court closures/extended court dates leading fewer people to be sentenced. For inmates still imprisoned suspension of medical co-pay should be made permanent for their health. They should also be provided with not only more hygiene products to help combat the virus but also more phone and video privelleges, free of charge to aid in their physical and emotional wellbeing.

Posted by Mylifeasginaa at 6:38 AM No comments:

In this article I read by, Alysia Santo she explains about the life of Claudia Cass, an correctional officer at the New Hampshire's state prison for men in Concord, N.H.  The article starts of on how Claudia had to make a "tough decision" giving custody of her son Matthew, to her mother. Working long hours at the  correctional facility made her feel less responsible of her son which I felt was very depressing, especially because she could not make time for him. Having to watch 300 inmates, for 16 hour shifts is not something that is usually portrayed through television, or news articles which I feel is very concerning, but prison riots, and etc are shown. The safety of correctional officers should be projected mostly because "sleep deprivation"is a common health risk that many officers develop and Alysia said it herself ""Sleep deprivation is a regular topic of conversation among officers" referring that officers do feel drained while trying to do their job. The overall significance of the news item in my opinion is to show that corrections staff and inmates are suffering because certain basic needs aren't being met and not only is this leading to certain beginning stages of paranoia/hysteria trauma in officers but its impeding the inmates social time outside of their already restricting conditions and confinements which takes both mental and physical toll on the inmates.

Posted by Mylifeasginaa at 11:26 PM No comments:

If I were to ever be a warden, a big stern change would be made in the prison. I would plan ways to try and help prisoners with living situations, or even help with mental illnesses through programs so they can at-least communicate with someone out of the prison. Living conditions in the prison would be fixed by providing jobs to the prisoners so they can be able to buy and put money on their own books and be able to gain some kind of discipline through the prison. Money they earn can go towards the programs also if they feel like they need to get any therapy to at least ease any kind of post traumatic stress they may have. Taking the warden test I did earn a 10% learning that prisoners do want to voice out their opinions, for ex. when it comes to how they are living and their mental state. Prisons usually don't get any public attention on how prisoners deserve certain needs to a certain extent having some kind of responsibility to exercise. Me? I am seen with dignity and respect from prisoners because I respect them and that's what I feel should be expected from a warden. 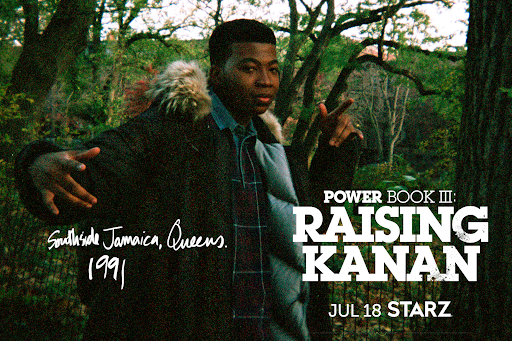 Hi, my names Regina Alamu. I am a Criminal Justice major attempting to minor in Psychology at the University of Hartford. One thing I can say I enjoy doing is binge watching shows especially the newest one of Power, called Raising Kanaan.  I have two younger sisters who I love dearly. I definitely love the color pink, does not matter the shade either, pink is pink! Lastly, I really do look forward to seeing my progress in this years academic since I been manifesting to try and keep myself productive and also succeed in life mentally and physically!

Posted by Mylifeasginaa at 9:31 PM No comments: